Lawmakers Should Not Put a Cap on Medical Malpractice Lawsuits 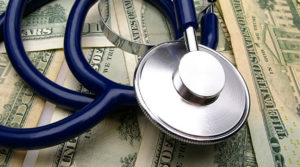 A bill was recently passed by the United States House that would place a cap on the amount that can be recovered in medical malpractice lawsuits, no matter how severe the negligence and resulting injuries may be.

The limit placed by the bill, H.R. 1215, caps non-economic damages at $250,000 for health care lawsuits. These damages would cover the pain and injuries that occur as a result of the medical negligence.

"...damages caps prevent victims of some of the vilest and most egregious crimes from ever receiving the justice they deserve. They also tie a jury's hands, and make their verdicts nearly irrelevant, by allowing legislators instead of jurors to decide the maximum award allowed in these cases," stated Paul Bland, executive director of Public Justice.

H.R. 1215 passed the U.S. House by a margin of just eight votes, and is now making its way towards the Senate.

Senators should ensure that this bill does not become a law. State lawmakers need to repeal such laws and allow injured victims to be awarded the damages they deserve.

To contact Faraci Lange about a potential medical malpractice case, call or text us at (888) 325-5150 or click here to submit an online contact form for a free legal consultation.