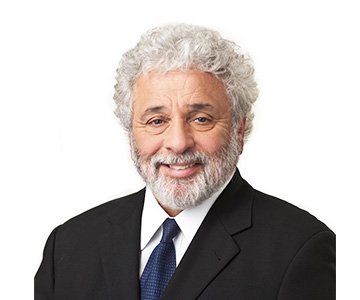 Frank J. Frascogna joined Faraci Lange in February 2012 and has since helped establish, grow, and manage the firm’s Buffalo office. Having been a civil litigator in the Buffalo area for over 30 years, he focuses his legal practice on personal injury litigation, primarily in the area of medical malpractice.

After graduating from Albany Law School in 1980, Frank worked in the New York State Legislature, and then for Governor Hugh Carey with a focus on health care and mental health care issues.  He subsequently practiced with an Albany-based firm representing hospitals and doctors in that area for several years.  Frank moved to Buffalo in 1986 and has been representing patients in medical malpractice cases, along with other injured people, ever since.  He has extensive experience with complicated medical conditions, and has had successful results for many Western New York and Southern Tier residents.

It was more about working with Frank Frascogna than with Faraci Lange. I found Frank to be knowledgeable and trustworthy.

I would like to thank Frank Frascogna and his assistant, Patty Grimaldi, for their expertise in successfully representing me in my medical malpractice case. Both exhibited the highest level of professionalism and it is entirely due to their skills that my suit was a success. In addition to always being available for phone calls, questions, etc., Frank took a personal interest in me and my case and made me feel that he was my partner in winning it. I have the utmost regard for the legal abilities of Frank and his team, feel they are a great asset to the law firm, and I would recommend them without reserve to anyone needing legal representation.

When I first met Frank, he made me feel comfortable where I was able to express the then intense and emotional details of my son’s birth. The compassion and care Frank and his staff showed was much appreciated and needed during that difficult time. If I wasn’t able to reach Frank on my initial call to the office, a return call was made back to me in a reasonable amount of time. I was never “left hanging” or “out of the loop.” I felt like a valued client not a number or “another case.” Frank and the other members of the team were very professional and personable. The service I received went above and beyond my expectations with assisting me with paperwork, reliable recommendations to accountants, attorneys in other fields, and financial advisors. I’m overall very satisfied and very happy with the overall service of the firm as a whole. I’d recommend this firm in a heartbeat.

Faraci Lange handled my case with A+ ratings. My attorney Frank Frascogna made sure that he stayed in contact with me for anything on my case. However, my lawyer also showed concerns about me as the client. My lawyer also finished the case in a reasonably timed manner. I just wanted to say thank you to Frank Frascogna for your excellent service.