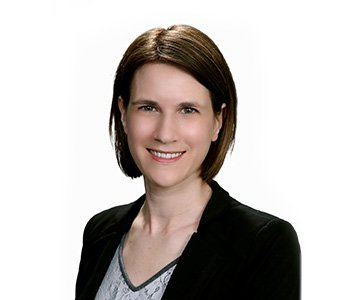 Jennifer has been elected to a three-year term on the Bar Association of Erie County’s Board of Directors. In January of 2017, Jennifer was also elected as the Secretary to the Western New York Trial Lawyers Association.

Jennifer was named as an Upstate New York Super Lawyers‘ Rising Star from 2015-2018. In 2019, she was selected to Super Lawyers. Jennifer was also chosen to receive the Top 10 Under 40 Attorney Award for the state of New York by the National Academy of Personal Injury Attorneys in 2016.

In her free time, Jennifer likes to run as well as participate in community events. She recently joined Faraci Lange’s team in the 2015 Susan G. Komen Race for the Cure to help raise funds for breast cancer.

My original contact was with Peter Brady. He acted quickly to secure a positive judgment. He had help at the trial from Jennifer Fay. They brought doctors forward that whose expertise helped the jurors understand the severity of my injury and brought a positive judgment in my favor.

We had the privilege of working with the Faraci Lange firm in the recent past and were impressed by the professionalism and caring concern of the whole team throughout the process. Everyone kept us informed, answered our many questions and put us at ease in an unfamiliar situation. Frank Frascogna and Jennifer Fay were diligent and endlessly patient working together to see us through to the positive end of our case. Their card work, compassion, and Jennifer’s ability to be quick thinking and detail oriented was impressive and greatly appreciated. We would recommend them to family and friends at any time. Thank you to the entire team!

I’m very appreciative and grateful to Faraci Lange for handling my case. Jennifer Fay who was the attorney in this case did a phenomenal job in creating an expertly detailed report on the occurrences that happened in this case. Also a special thanks to Frank Frascogna who accepted this difficult and complicated case for his firm. Frank gave me a realistic expectation due to the complicated matter of this case. At the end of this settlement, my expectations were greatly exceeded. I would most definitely recommend this firm to anyone in need of a top personal injury lawyer. Also thanks to their legal assistant Patty in keeping me updated in the events of this case.