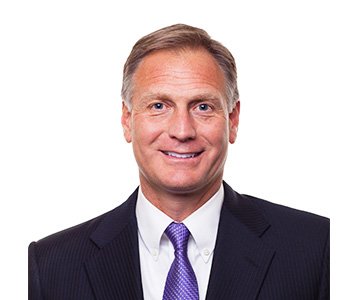 John A. Falk focuses his legal practice on personal injury litigation, including medical malpractice, product liability, negligence matters, motor vehicle accidents, and wrongful death matters. He has obtained numerous substantial recoveries that have helped his severely injured clients and their families cope with the effects of their injuries.

John has been selected as one of the Best Lawyers in America for medical malpractice, personal injury, and product liability law since 2009. He was named the Best Lawyers 2017 Lawyer of the Year in the category of Personal Injury Litigation in Rochester, N.Y, as well as for 2018 in the category of Product Liability Litigation. Most recently, he was voted Lawyer of the Year for Medical Malpractice Law in the 2020 edition of Best Lawyers.

He has been featured in New York Magazine as one of the New York Area’s Top Lawyers and selected as one of the magazine’s Top Attorneys in New York, New Jersey & Connecticut. John is well-respected in the legal community and has been awarded Martindale-Hubbell’s highest rating in both legal ability and ethics. He has also been chosen as an Upstate New York Super Lawyer in the areas of medical malpractice and personal injury law for over a decade.

Before joining the firm, John was an Assistant District Attorney for Monroe County prosecuting violent felony offenses. During his near seven years with the District Attorney’s office he gained extensive trial experience prosecuting various offenses including sex crimes and child abuse cases. John is a graduate of the University of Dayton School of Law and LeMoyne College.

John has been serving as a Town Court Justice in the Town of Brighton, New York since 2008. In 2017, he was appointed by Chief Judge Janet DiFiore to serve on New York State’s Commission on Judicial Conduct.

John is an active member of the community. He has served on such boards as the Western New York Chapter of the American Liver Foundation, the Town of Brighton Planning Board and the Parks and Recreation Citizens’ Advisory Committee. He has coached many youth baseball, basketball, and soccer teams.

John Falk was amazing from beginning to end. He fought for my son while keeping our expectations grounded and we could not have asked for a more gentle and caring attorney to tackle what was a fairly traumatic event in our son’s young life. I was very impressed with how he handled the procedures. I must also give kudos to his outstanding staff and colleagues, more specifically Kim Ackles and Barbara Gordon. I felt like they both really cared about my son and the outcome of his case. I will recommend the Faraci Lange firm in a heartbeat to anyone in need of an ethical personal injury attorney. Thank you for everything.

John Falk, Esq. and his staff, specifically, Kim Ackles and Barbara Gordon at his firm handled us professionally and with integrity. Kudos from me and my family. No false pretenses, true concern for our family’s wellbeing. We highly recommend the firm and John for personal injury.

To say I was satisfied by the professional service provided by Faraci Lange would be a gross understatement. I was very pleased by the settlement that was reached with the insurance company involved with the litigation. My attorney, John Falk, Esq., kept me appraised at all stages. I received excellent advice that guided my decisions. I was treated professionally and always felt confident that my case was in good hands. Furthermore, the case did not drag on but was concluded in a timely fashion. I might add I also appreciated the contact with paralegal, Kim Ackles. She is very knowledgeable and I thought empathetic. Thank you all!!!

I was in a significant motor vehicle accident. I was not sure what to do next and I was referred to Faraci Lange attorneys. I met with John Falk who provided professional advice and reassurance regarding my situation. John proved to be caring and his expertise was invaluable to me. Mr. Falk is a man of integrity and I would certainly recommend his legal services.

We worked with John Falk and his wonderful staff. It was a totally professional yet personal experience. We always felt as if we were the most important part of the process. We are incredibly happy and enriched due to their efforts. John walked us through every step of the process. There were no surprises as John prepared us thoroughly. When it came to decision making, John made us feel in complete control. This experience started as a bit scary but from day 1, John and his team eliminated all our fears. We speak with the highest regard of not only John and his team, but of all Faraci-Lange staff. You are the best a firm could be. All law firms should strive to be like yours!

In light of the insurance company’s low-ball offer, John Falk continued to work for me and got me 30% more than the initial offer.

John Falk treated me with respect, patience, understanding and a genuine concern for me as a person and for the best outcome possible for my case. John was a true gentleman the entire three year process! I always felt they had my best interest at heart. I would recommend Faraci Lange to anyone that wants the best outcome in a respectful environment.

My attorney, John Falk and his team were a complete pleasure to work with after my car accident. My questions and concerns were always handled promptly and courteously. They gave me the information I needed and I felt extremely confident in their understanding of my particular feelings and issues. I will be forever grateful to John for all he did to ease some of the burden and help me to navigate the accident.

Faraci Lange and in particular John Falk and his staff provided us with outstanding legal services. They were always there for us and made us feel very confident that they were working on our behalf. They were patient, understanding, and supportive and always showed concern for my wife's recovery and that that was the most important issue. They were extremely helpful in assisting us in navigating the insurance no-fault claims process. I would not hesitate to recommend them to anyone who asks.

My car accident was very traumatic and life changing for me and due to many factors it took a while to settle the case. All during that time, John Falk and the entire staff at Faraci Lange was fantastic. John personally kept me informed of progress, gave me advice and responded quickly to any inquiries I made. I felt they really cared about me and worked hard on my behalf. I have already recommended them to others and will continue to do so. Hopefully I will never again be in a situation where I need their services, but we never know what life might bring. If I do ever need legal services, I will be reaching out to Faraci Lange first.