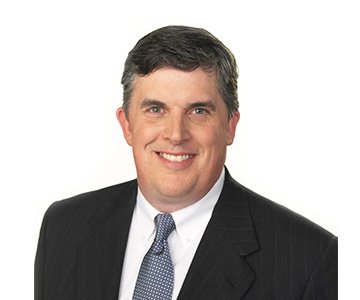 He has handled all types of complex personal injury litigation in both state and federal courts. During his studies at Northeastern University School of Law, he worked for a number of Massachusetts law firms specializing in plaintiff’s civil litigation. Matt has lectured on a range of litigation topics at continuing legal education programs, including on the serious injury threshold in motor vehicle cases and several programs on liens and rights of subrogation in personal injury cases.

Matt has a peer review rating with the prestigious Martindale Hubble, and has been selected by his peers for inclusion in Best Lawyers in America in the areas of personal injury law and product liability litigation every year since 2008.  He has also been selected as one of Upstate New York’s Super Lawyers in the area of personal injury litigation every year since 2010.

Matt is a member of the New York State Trial Lawyers Association and the Monroe County Bar Association.  Matt was a member of the Board of Directors of the National Kidney Foundation of Upstate New York for many years and served as its President from 2004 to 2006.  He has served on the Working Committee of Rochester’s Child, a fundraising arm of the Rochester Area Community Foundation providing quality educational programs for young children. Matt is currently on the Board of Directors of the Braddock Bay Bird Observatory and served a three year term as its President from 2010 to 2013.  Matt recently joined the Board of Directors of the Genesee Land Trust and is active on GLT’s Development Committee.

In his free time, Matt enjoys playing golf, is an avid fly fisherman and home cook.  He frequently donates his time and chef skills to local charities for use as auction items offering up home-cooked, four-course dinners for up to eight people.  He has done these dinners for the National Kidney Foundation, JDRF, and the Genesee Land Trust.

I have only good things to say about Faraci Lange and my experience with Matthew Belanger . He provided me with the information I needed to receive medical care and therapy and a fair resolution of receiving adequate compensation for my one year ordeal of recovery from an unfortunate injury.

This being my first such experience, I had no idea what to expect. I couldn’t have been more pleased! My attorney, Mr. Matt Belanger, and his secretary kept in regular contact with me throughout the duration of my case, keeping me to up to date as developments unfolded. Particularly impressive to me was how thoroughly Mr. Belanger researched my particular injury as he built the case. Right from the start, I had the utmost confidence that he was doing his best on my behalf. I would not hesitate to recommend your firm and, in particular, Mr. Belanger to anyone in need of legal representation for a personal injury matter.

The Faraci Lange attorney Matthew Belanger agreed to meet me at a local attorney's office which fit my time schedule perfectly and saved a considerable amount of time from not having to travel to the Rochester office. After the first meeting, all correspondence was handled via email and phone. I was kept up on the status of my case on a regular basis and could not be happier with the final results. The attorney and whole Faraci Lange team did an excellent job with settling my case.

I want to thank Matthew Belanger for taking control of my legal situation and providing me peace of mind. During the entire process he kept me well informed and went the extra mile. I appreciate all that he and your firm did for me.

My doctors initially only diagnosed me with soft tissue injuries after I was the passenger in a T-bone accident. I worked with Matt Belanger and he was able to pass my original scans...to an orthopedic radiologist and found that I had suffered a T1 compression fracture. Without Matt's work I probably would not have collected a reasonable settlement. I could not be more impressed with the guidance and support provided by him.

Matt was amazing and extremely helpful, courteous and willing to go that extra mile for us. I highly recommend his services and have already referred him to a family member. Thank you Matt for all of your hard work!

Matt did the best he could for me and was very knowledgeable in what he was doing.

I worked with Mr. Matthew Belanger regarding a vaccine claim. I was injured after receiving a flu vaccine. This greatly impacted my daily life. Mr. Belanger was empathetic, realistic, supportive and genuine in his concern for my well-being. I received timely feedback both via email and phone when I attempted to contact him for updates or with questions. His responsiveness further increased my trust in him. Overall this experience ended on a positive note. If I ever needed legal assistance again or know of someone who did I would not hesitate to refer them to Mr. Belanger and Faraci Lange.

Faraci Lange helped us out when we needed it most. Matt Belanger was behind us 150%, he was always there offering his help in any way we needed it. He was and still is available if we need him at a moment’s notice. All of the staff is very kind and responsive. Knowing that Matt and Faraci Lange were taking care of our needs, we were able to concentrate on our daily living. At the time we were in survival mode. He helped us with every aspect of our lives. All we had to do was ask for a recommendation and Matt would have someone for us that day. There are endless reasons why we are so thankful for Faraci Lange, we highly recommend them to anyone who has suffered a traumatic event in their lives. Our future was a huge unknown, but Faraci Lange helped us get to a place where most of our worries were behind us and we could be at peace. You might think this sounds cliche but it is the honest truth.