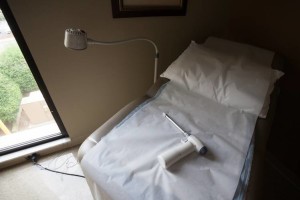 A medical research bill aimed at improving safety monitoring of medical devices that was moved to action by the current issues with laparoscopic power morcellators was passed by the House this Friday.

This amendment from Rep. Mike Fitzpatrick, (R., Pa.), which is a part of the so-called 21st Century Cures bill that would boost federal funding for medical research and changes drug approvals, emphasizes that "unique device identifiers" should be included in electronic health records.

Supporters say information such as the make or model number of devices used in treatment should be included in medical records so patient harm can be closely tracked. Currently, the identifiers "are not incorporated into all electronic health records, which makes it difficult to fully achieve the benefits to patient safety," Mr. Fitzpatrick's office said in a statement.

The Food and Drug Administration issued a rule in 2013 requiring labels of medical devices to include unique device identifiers and said it would phase in the system over several years, focusing first on high-risk devices. Mr. Fitzpatrick's office said this action "adds pressure" to this ruling.

The devices that brought this about this amendment, laparoscopic power morcellators, were previously used in tens of thousands of minimally invasive procedures a year, mostly in hysterectomies, to cut up benign uterine growths known as fibroids so the bulky tissue could be removed through tiny incisions. Last year, however, the FDA warned that women undergoing the procedure have an estimated 1 in 350 chance of harboring a dangerous hidden cancer that power morcellators can spread and worsen.

The FDA issued a black-box warning, which is the agency's strongest caution, on the tool. Johnson & Johnson, which was the largest manufacturer of the device, pulled its version off the market last July, while many hospitals have halted or limited the use of morcellators. Morcellators made by other companies remain on the market.

The system under which morcellators and nearly all other devices were authorized has long drawn criticism for being too lax. The FDA has defended it as a good way to balance innovation and safety.

"What happened with the power morcellator should never be allowed to happen again," Mr. Fitzpatrick, who is a cancer survivor, said at a hearing of the House Rules Committee last week before the Friday vote on the bill.

If you or a loved one has experienced complications resulting from a surgery involving uterine morcellation, please contact our attorneys at (888) 997-4110 or click here to contact us for a free legal consultation.