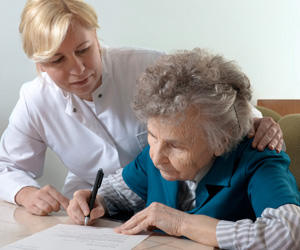 The Centers for Medicare & Medicaid Services issued a final rule in September prohibiting all federally funded nursing homes from using forced arbitration agreements against their residents, allowing patients the ability to sue them in court.

These pre-dispute binding arbitration clauses included in nursing home contracts require residents and their families to settle any dispute outside of the court system.

The CMS believes that these pre-dispute agreements are "fundamentally unfair" because "it is almost impossible for residents or their decision-makers to give fully informed and voluntary consent to arbitration before a dispute has arisen."

This ruling, which applies to nursing home facilities that are funded by Medicare or Medicaid, came after over a decade of intense advocacy from groups such as the American Association for Justice.

In addition to the litigation changes, the new rule also includes expanded regulations regarding the medical treatment, food and personnel requirements for nursing home facilities.

These regulations became effective on November 28, 2016.

The final ruling can be viewed here.

If you or a loved one has been a victim of nursing home neglect or abuse and have suffered injuries as a result, you may be eligible for a lawsuit. Please call Faraci Lange at (888) 325-5150 or contact us here for a free legal consultation.