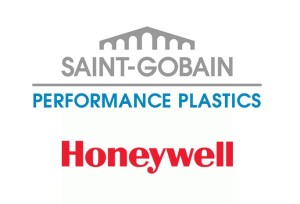 The New York State Department of Environmental Conservation has determined that Saint-Gobain and Honeywell International are potentially responsible parties for the Hoosick Falls PFOA Contamination.

The DEC issued a letter to Saint-Gobain and Honeywell demanding the parties to, "investigate the extent of the contamination, provide for interim remedial measures to protect public health and drinking water supplies, analyze the alternatives for providing clean and safe drinking water, and ultimately design and implement a comprehensive cleanup and remediation of contamination at and from the Properties."

Saint-Gobain currently owns and operates the McCaffrey Street Site, which is the location where dangerously high levels of PFOA were found in the site's groundwater. The company's operations at the Liberty Street property may have also released PFOA into the surrounding environment, which contributed to the village's water supply being contaminated.

Honeywell's previous owner, Allied Signal Corp., ran operations at the Oak Materials P-site which may have used PFOA in their manufacturing procedures. Samples were taken from private water wells near this site, which also showed high concentrations of PFOA.

Please see the DEC's letter to Saint-Gobain and Honeywell below.

Faraci Lange is currently investigating bringing a lawsuit against those believed to be responsible for the cancers and other illnesses caused by this Hoosick Falls PFOA Contamination.

Residents of Hoosick Falls and other communities who believe they may have been impacted are encouraged to contact us at (888) 997-4110
or to complete a water contamination contact form.