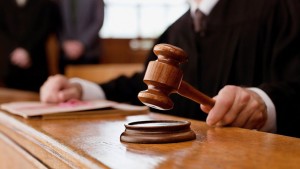 Last night, the House Judiciary Committee voted a bill out of committee that would eviscerate nearly every type of mass action brought in the U.S. to vindicate large groups of individuals' legal rights against corporate wrongdoing, including the enforcement of civil rights as well as consumer, employee and investor protections.

This bill (known as H.R. 985) seeks to essentially eliminate the rights of all Americans to seek redress in our court system through class action or multidistrict litigation efforts, which are often the only viable options for injured patients and consumers to level the playing field and seek compensation when they have been harmed by large corporations.

The American Association for Justice made the following statement on the subject:

"When Americans are unwittingly victimized by widespread corporate wrongdoing, justice demands that they have an opportunity to join together to hold those corporations accountable. However, H.R. 985 will deny groups of injured consumers, workers, and investors of their right to be represented by an attorney, while also providing corporations with new ways to hide evidence of wrongdoing."

"Shockingly, this committee has not held a single hearing to consider the consequences of this ill-conceived, overly-broad legislation. Supporting a bill that rigs the legal system against your constituents is offensive; doing so without even bothering to hold a public hearing and debate the merits is reprehensible."

The American Bar Association, civil rights groups, environmental organizations, disability rights organizations, as well as local entities, such as the Rochester Drug Cooperative and a drug wholesaler selling to small, family-owned pharmacies all, oppose this bill.