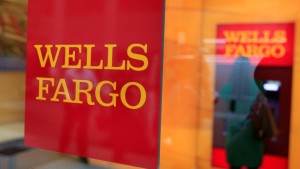 Senator Sherrod Brown announced last week his plan to introduce a bill that would ban Wells Fargo from using forced arbitration clauses in contracts, which had been preventing their customers from suing the bank over unauthorized accounts opened by employees.

This follows a recent scandal in which Wells Fargo bank employees opened as many as two million accounts in the names of their customers without consent in order to meet aggressive sales quotas.

Presidential nominee, Hillary Clinton, criticized Wells Fargo and other companies in a speech for using fine print in customer contracts to force disputes to be handled in private arbitration rather than allowing clients to go to court.

Senator Brown's bill would invalidate forced arbitration clauses in the contracts of consumers who had unauthorized accounts open in their names.

"Giving customers back their right to take Wells Fargo to court gives them the power to ensure they are made whole and helps prevent cases like this in the future," Senator Brown stated in a press release.

Please contact Hadley Matarazzo at (585) 325-5150 or contact us for a free legal consultation if you think you are eligible for a consumer protection claim.