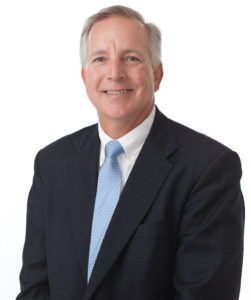 Stephen Schwarz, the Managing Partner of Faraci Lange, has successfully represented plaintiffs in Medical Malpractice cases for over thirty years.

Advancements in Medicine Lead to Improvements, But Also New Dangers

Medicine has undoubtedly progressed and improved over the past twenty-five years. There are better surgical techniques, improved medications, targeted chemotherapies, and immunotherapies for various cancers and countless other advances. Moreover, restrictions have finally been imposed on the hours required of residents in training which prevents them from having to make life and death decisions after being awake for 48 hours or more.

The now universal use of electronic medical records makes patient history and past test results easily accessible to care, providers. The use of "standard of care" checklists that pop up automatically when a diagnosis is made with the proper steps to follow reduces the dependence on a doctor's memory of what he or she may have learned years before and may have changed since. All of these developments have generally led to better care and patient outcomes.

Yet, some of the features of electronic medical records, such as the ability to easily cut and paste text entered by others to save time and avoid writing a new contemporaneous note and overuse of mind-numbing checklists, can create blind spots as to what is actually happening with a patient. These factors can also facilitate mistakes in diagnosis by a group of health care providers taking care of a patient in a team setting with one physician after another following an assumed diagnosis entered into the chart like lemmings following one after another over a cliff.

What Is Confirmation Bias?

The phenomenon known as Confirmation bias is defined as the tendency to interpret new evidence as confirmation of one's existing beliefs or theories. It consists of unconsciously accepting facts that fit one's preconceived notion and rejecting facts that don't, even though all of these facts should be given equal weight. When this happens in medicine, where early or preconceived diagnosis is followed blindly without further thought, serious consequences to the patient can follow.

Examples of Confirmation Bias in Medicine

Two recent cases I am handling sadly provide poignant examples. In the first case, a child was brought to a university medical center with bizarre symptoms that included involuntary and uncontrolled movements of his arms and legs. The child had a prior diagnosis of a psychiatric disorder, and when he presented to the first neurologist at the hospital, that was apparently all she saw. She mistakenly diagnosed the child with what is called a "conversion disorder" which means that an illness of the mind produces actual physical symptoms in other parts of the body. Over the course of the next two months, the child was brought back to the same hospital multiple times with increasing symptoms. But with each visit, after cursory examinations, the care providers looked back to the conclusion reached by the first neurologist and adopted it without further thought, also condescendingly remarking in the records that the parents were wasting the doctors' time in continuing to bring in this child for neurological evaluation when he clearly has only a psychiatric condition.

Misdiagnosis Can Lead to Tragic Results

After two months of symptoms worsening, the child lost his ability to speak. Because the university medical center was the dominant medical culture in the community, it was difficult to get anyone else to see the child. Finally, a neurologist independent of the hospital agreed to see him and, based upon a careful and detailed review of the history of symptoms, suspected that the child never had a psychiatric disorder at all. Rather, this neurologist believed the child's symptoms were caused by his immune system attacking healthy brain cells after being activated by a viral infection. The new neurologist sought out a national specialist who had experience with autoimmune encephalopathy. The correct diagnosis was made and effective treatment started. Sadly, by the time treatment began the child had permanently lost his ability to speak and was greatly impaired in his ability to read and write.

Another Example of Confirmation Bias in Medicine

In the second case, a man presented to a community hospital with a sudden difficulty reading. He was given a brain CT scan which showed over a dozen tiny hemorrhages in his brain. This presentation is frequently seen in brain metastasis from malignant melanoma, so it was decided to do a biopsy removing one of the hemorrhagic areas to determine if it was indeed caused by cancer.  The lesion was removed and analyzed but no cancer was found.  However, because the appearance of the brain scan was so suspicious, some of the doctors recommended going to the nearest university medical center for a second opinion. The man had previously had a cardiac ablation procedure, which is a treatment for the condition atrial fibrillation, where the synchronization of contractions of the heart's chambers is slightly off-kilter. This condition puts people at increased risk of small clots forming and traveling to the brain, causing blockage and sometimes tiny hemorrhages like those seen in the CT scan. When the biopsy was negative for cancer, this was what was presumed to have occurred. Thus, the patient went to the other facility with a diagnosis of blood clots from his atrial fibrillation, but also with concern that it still could be cancer.

When the patient arrived at the university medical center, a review of the scan led the team to assess him to think it must be metastatic melanoma regardless of negative biopsy because the pattern was familiar to them for this disease. Since metastatic disease by definition is cancer that has traveled from some primary tumor somewhere else in the body, and since melanoma arises from cells that are found in the skin and a few other areas of the body, an exhaustive search for a primary tumor ensued. But despite head to toe skin examinations, the examination of his throat and nasal cavities, eyes, and the few other areas of the body where melanin cells occur, no primary tumor of any kind could be found. Undaunted and so overcome by their predetermined conclusion that this must be metastatic melanoma, the team decided that the primary must have disappeared, which has been reported to rarely happen. Then a PET scan was done, which will show areas of high metabolic activity consistent with cancer cells, but it was entirely negative, meaning that there was no obvious cancer found anywhere in his body. Meanwhile, the pathology from the brain biopsy was retrieved from the outside facility and looked at again.  The pathologist at the university medical center also applied special stains that can react in melanoma cells. Two out of the three stains did not react, but one did, weakly. Although the pathologist warned that this was not sufficient to confirm a diagnosis, mainly because normal brain cells also can react to this strain, the team of doctors who were so sure that they knew what they were seeing decided this was sufficient to conclude he had the disease.

The medical chart notes throughout this period show that time after time, this "probable melanoma" diagnosis and the same selective history that had led to the diagnosis was repeated verbatim in each chart entry. Its constant repetition seemed to provide a level of certainty to the care team that the facts could not justify.

Malignant melanoma with metastasis to the brain has a very poor prognosis, with patients surviving for only a few months. Except when a specific mutation can be found in the cancer cells, there is no effective chemotherapy available. Since no actual cancer cells were found, no test for that mutation could be performed. Surgery to remove the metastatic lesion can be performed if there is only one or a small number, but when there are multiple areas of metastasis, the situation the doctors thought they were confronting here, surgery was not an option.  That left what is called whole-brain radiation therapy (WBRT) which can be coarsely described as zapping the entire brain with radiation in hopes of delaying the spread of cancer. So the care team recommended that the patient be given WBRT, and after being told he would likely die in a few months regardless, the patient agreed.

This fateful decision was made by the patient without being given some key information. First, WBRT is destructive to the brain.  In patients with metastatic melanoma to the brain, this is rarely a problem because they do not live long enough to experience much by way of symptoms from the radiation. Second, and most importantly, WBRT is not very effective to treat malignant melanoma in the brain. Studies show that the treatment only provides an extra month or two of life beyond the average survival when a patient is given no treatment at all. But none of this was explained to the patient because the care team was so sure that their presumed diagnosis was right, in spite of all of the negative findings and the other plausible explanation for the brain hemorrhages.

After getting his multiple WBRT treatments the patient returned for follow up and had another CT scan. The scan showed that all of the hemorrhages had shrunk by 75% which suggested that they had been caused by clots all along and were naturally resolving. Since melanoma is not very sensitive to radiation, such shrinkage would not be expected so soon after treatment if the diagnosis was accurate.  Shortly afterward, the pathology that had been read as negative in the first institution and iffy by the second, was sent to a nationally renowned cancer center for another opinion. This cancer center confirmed that no cancer could be diagnosed from the sample.

Although the news that the patient did not have malignant melanoma, or cancer at all, and was not going to die in months was initially welcomed as wonderful, within a few months the effects of WBRT began to take hold. The patient began to have difficulty walking, then started to suffer severe cognitive decline followed by difficulty controlling bowel and bladder function. Within months, he could no longer be cared for at home and had to be sent to a nursing home. His steady decline has continued since.

What seems to have happened in both cases is that assumptions were made and then as the facts were received, the doctors accepted the facts that fit their assumption and disregarded and rationalized away the ones that didn't, remaining confident in their incorrect diagnoses.  Worse, the mistakes of one doctor seemed to be accepted as fact by the others with no one willing to rethink the situation once the presumed diagnosis took hold and began to be repeated time and again in the medical records.

Cases, where medical errors have these types of consequences, are rare, but the errors themselves are probably not. What separates these two instances from others is that in most cases, no dire consequences resulted from the erroneous assumptions and faulty thinking. But doctors and hospitals, especially teaching institutions, need to systematically address this mindset and develop procedures to avoid it.

As Voltaire famously said about life is undoubtedly true of medicine and should be kept in mind by the entire profession: "Doubt is not a pleasant condition. Certainty is an absurd one."

To contact Faraci Lange about a potential medical malpractice claim, call or text us at  (888) 997-4110 or click here to submit an online contact form for a free legal consultation.