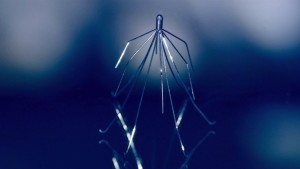 A federal jury in Phoenix reached a verdict in the first Bard IVC Filter case, awarding $1.6 million in compensatory damages, along with $2 million in punitive damages, to a woman who was injured by the medical device intended to prevent blood clots.

The plaintiff, Sherri Booker, had a Bard G2 filter implanted in her inferior vena cava (the largest vein in the human body) which later broke and migrated inside her due to a defect in the device. The fracture in the filter caused one or more of its pieces to perforate her IVC, leading to open-heart surgery.

On March 30th, Jurors ordered Bard to pay the plaintiff, Sherri Booker, eighty percent of the $2 million jurors determined she receive, for failure to warn of the dangers associated with the IVC filter. The radiologist who failed to detect a visibly separated piece of the filter on an x-ray is responsible for the remaining 20 percent of Booker's compensation.

Additionally, jurors awarded $2 million to Booker in punitive damages that are to be paid by Bard.

Bard's G2 IVC filter did not go through the usual clinical testing that is required for the FDA to approve a device to be sold on the market. A 510(k) rule allowed Bard to submit the G2 filter to the FDA with the assurance that it is similar to a previously approved device, and so it does not need to undergo rigorous testing.

The multi-district litigation (MDL) regarding Bard's defective IVC filters includes over 3,600 plaintiffs. Booker's case was the first bellwether trial to be heard in the class action. The next trial, with plaintiff Jones, will commence in a couple of weeks. These bellwether trials will help determine the strength and monetary value of all the claims in the class-action lawsuit.

To contact us about a potentially defective medical device claim, please click here to complete an online form or call us at (888) 997-4110 for a free consultation.