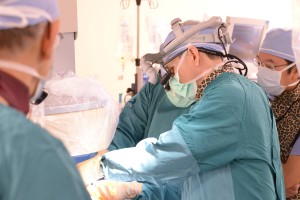 Kaleida Health and Mercy Hospital, two of Buffalo's major hospital organizations will pay a penalty over the next year for having high rates of infections or other patient-safety problems as part of the federal government's program to reduce medical errors.

The hospitals cited by the federal government say the issues date back to 2012, 2013, or 2014, and they have since made operational and quality-management improvements.

The Hospital-Acquired Conditions Reduction Program, now in its second year, is one of several created under the Affordable Care Act to move the federal government toward paying for high performance, rather than volume of services.

It ranked the performance of 3,308 hospitals on measures of bloodstream infections in patients with central lines, urinary tract infections for catheterized patients, infections for colon surgeries and abdominal hysterectomies, and a composite score of eight patient safety measures, such as pressure ulcers, hip fractures, and sepsis.

The Centers for Medicare and Medicaid Services released data that identified 758 hospitals nationwide that will see their Medicare payments reduced by 1 percent for the fiscal year that began in October. Hospitals get an overall score between 1 and 10 and receive a penalty if their score is above 6.75.

"Kaleida Health underwent a significant transformation in mid-2014 with a focus on the safe delivery of care," said Dr. David Hughes, chief medical officer. "We have seen significant improvement, especially around hospital-acquired conditions."

"We support public reporting. It sheds light on an opportunity to improve, and we have improved," he said.

Last year, Kaleida Health and Wyoming County Community Health System in Warsaw received penalties. About 54 percent of the hospitals that got penalties for the fiscal year 2016 also were penalized in 2015, according to the federal agency.

The government based its most recent penalties on 2013 and 2014 infection measures, which account for 75 percent of the score. The remaining 25 percent is based on an evaluation of the measures on the complications.

Overall, Medicare estimates it will withhold $364 million from the penalized hospitals. Medicare is the federal health program for people 65 and older and the disabled. The government reported that average hospital performance improved for two of the three measures in the second year of the program.

To contact Faraci Lange about a potential medical malpractice case, please contact us at our Rochester or Buffalo office or call us at (888) 997-4110 for a free legal consultation.