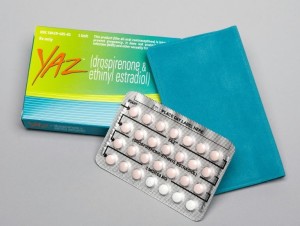 Bayer HealthCare Pharmaceuticals Inc. has been facing multidistrict litigation since 2009 when thousands of women filed claims alleging serious stroke risks of Yaz, Bayer's birth control drug. On February 13th, Illinois Federal Judge David Herndon set a June trial date for one of the suits in the litigation. With thousands of women's Yaz and Yasmin claims unresolved, Judge Herndon says Bayer is using attrition as part of its defense strategy to wear people down.

Pamela Schuchert's suit has been set for trial to begin on June 15, 2015, before Judge Herndon. She claims that she suffered a stroke after taking Yaz, as the synthetic hormone in the drug called drospirenone can cause heart problems, blood clots, and strokes, something Bayer should have been aware of.

Judge Herndon states that Bayer has slowed down the proceedings by refusing to waive venue requirements that the Court needs in order to establish a bellwether process for selecting a series of trials in the MDL. He has now remanded groups of cases back to U.S. District Courts across the country for individual trials to proceed later this year.