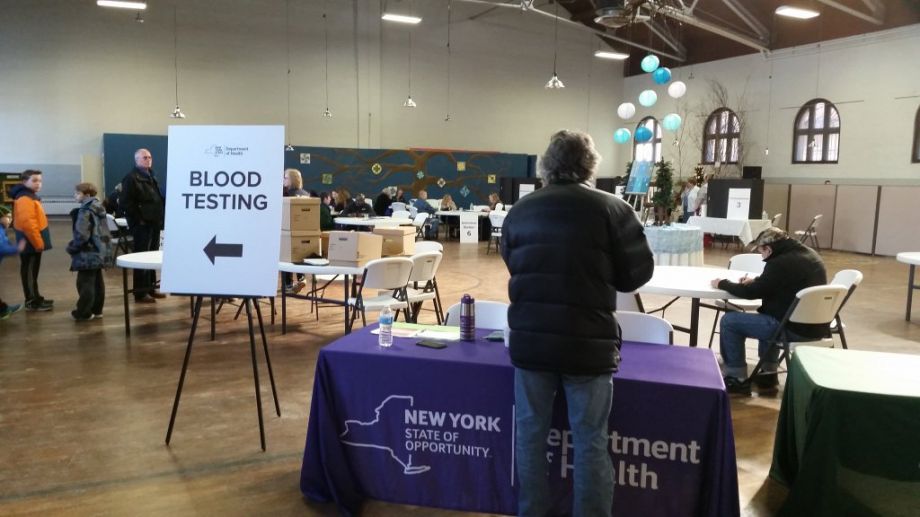 The New York State Department of Health is collecting blood samples of individuals who live in or near Hoosick Falls for a biomonitoring study that will analyze the PFOA exposure in the area due to the town's recent water contamination.

The study will also compare the levels of PFOA found in the blood of residents in the area to people living elsewhere.

The State Health Department is scheduling dates for blood testing events to be held at the HAYC3 Armory in the Village of Hoosick Falls. People who are interested in participating must sign up as blood testing will be by appointment only. They will then be called to schedule a time to come in for blood testing. You may also sign up by calling the NYS Department of Health at 518-402-7950.

People who would like to participate must sign a consent form and complete a questionnaire that explains their potential exposure to PFOA.

NYS Department of Health Commissioner Howard Zucker stated how over 900 residents have already signed up for the blood tests, which will continue being administered free of charge in the next few days.

Faraci Lange is currently investigating bringing a lawsuit against those believed to be responsible for the cancers and other illnesses caused by this Hoosick Falls PFOA Contamination.

Residents of Hoosick Falls and other communities who believe they may have been impacted are encouraged to contact us at (888) 997-4110
to complete a water contamination contact form.