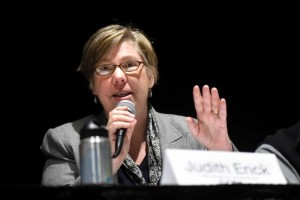 Representatives from the EPA, the New York State Department of Environmental Conservation (NYDEC) and New York State Department of Health (NYSDOH) presented information on PFOA, the associated health risks, plans to investigate the source and extent of the contamination, as well as plans to conduct a health study of Hoosick Falls Village residents.

Residents learned of the contamination when elevated levels of the toxic chemical, PFOA, were found in the system in 2014 by Michael Hickey, a former village trustee whose father died of cancer. Hickey sent water samples to a Canadian lab that reported levels of PFOA that the EPA later said are not safe for human consumption.

PFOA is a manmade chemical used to make non-stick and other household and commercial products that are heat-resistant and repel grease and water. Under a deal with the EPA, major PFOA makers began phasing out its use in 2006. PFOA exposure has been linked to increased health effects, including testicular and kidney cancer and thyroid disease.

Enck has urged village leaders to warn residents to stop drinking or cooking with the tap water and limit other exposure. Mayor David B. Borge had previously stated that it was a "personal choice" whether to consume the water, which comes from underground wells serving about 4,500 consumers.

The focus of the contamination has been a Saint-Gobain Performance Plastics manufacturing plant, although there are other potential sources that will be investigated. The small Saint-Gobain factory, the village's largest employer with about 125 workers, is on a hill overlooking the Hoosick River, about 400 yards from village well fields.

According to the EPA's 2009 provisional health advisory, people should not drink water or use it for cooking if it contains more than 400 parts per trillion (ppt) of PFOA. In June 2015, the EPA found that four out of five water samples collected from various locations within the public drinking water supply system in Hoosick Falls had more than 600 ppt of PFOA. Additionally, groundwater sampling in 2015 at the Saint-Gobain Performance Plastics facility found levels as high as 18,000 ppt. Some private wells in the area have also shown the presence of PFOA, though not at levels above 400 ppt. 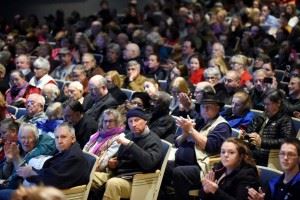 Last week, village trustees voted to have temporary filters installed on the water system. A long-term plan to install a charcoal filter system expected to remove PFOA from the water is set to be done later this year. Saint-Gobain has offered to pay to install and maintain the filter, and is also paying for residents to receive five gallons of water per day from the local Tops supermarket.

Faraci Lange is currently investigating bringing a lawsuit against one or more companies believed to be responsible for the cancers and other illnesses caused by this PFOA water contamination in Hoosick Falls.

Residents of Hoosick Falls and other communities who believe they may have been impacted are encouraged to contact Stephen G. Schwarz at (585) 325-5150. You may also contact us through our online intake form for a free legal consultation.