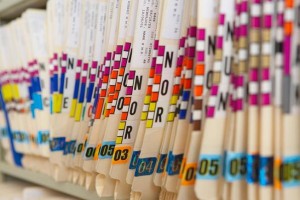 U.S. District Judge Michael A. Telesca granted class certification in a consumer protection lawsuit accusing health facilities operated by the University of Rochester and its health IT vendor, Verisma Systems, of overcharging patients for copies of their medical records.

The decision, which is in favor of the six lead plaintiffs represented by Faraci Lange LLP and Nichols Kaster PLLP, was issued on Thursday and gives the green light on the case proceeding to the next phase of litigation.

The plaintiffs claim that Verisma Systems, U of R Medical Center, Strong Memorial Hospital, and Highland Hospital violated New York's Public Health Law by overcharging patients who had requested copies of their medical records from these facilities.

The court had been asked to certify a class of all the patients who had requested copies of medical records either by themselves or, "through a lawyer, personal representative, or other qualified person acting on their behalf" from one of the listed facilities and was charged by Verisma Systems for the records anytime on or after May 14, 2011.

Judge Telesca granted this request and explained that the nature of the class definition limited the chances of individual issues hindering class concerns.

It was also noted in the decision that, "at least 38,000 medical record requests were fulfilled, invoiced and paid pursuant to Verisma's challenged fee schedule during this time period."

New York's Public Health Law limits the amount that may be charged to produce medical records to, "a reasonable charge ... not exceeding the costs incurred," and no more than 75 cents per page.

The six patients who initiated the lawsuit in May 2014 claimed that the health care facilities and Verisma violated the law by imposing an "across-the-board, uniform charge of 75 cents per page for all copies of medical records, even those produced electronically, in excess of their actual costs."

If you believe you may be eligible for a medical record claim, call (888) 997-4110 or click here to contact us for a free legal consultation.