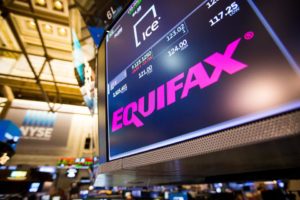 Last week, the consumer credit reporting agency, Equifax, announced that a data breach had compromised the Social Security numbers, dates of birth, names and addresses of up to 143 million Americans.

This massive data breach has put millions of Americans at risk for identity theft and other potentially harmful cyber crimes.

In an editorial published in the New York Times, Zeynep Tufekci stresses the underlying political reason why cybersecurity has become so weak in recent times.

"Big corporations have poured large amounts of money into our political system, helping to create a regulatory environment in which consumers shoulder more and more of the risk, and companies less and less," Tufekci wrote.

Although no software system can be free from bugs, most data breaches aren't inevitable and are a result of neglect and under-investment in cybersecurity.

In addition to the news of Equifax's data breach, it was revealed that three of the company's executives sold $2 million worth of stock soon after the breach's discovery in July.

A company spokesperson stated that the executives had no knowledge of the breach at the time they sold "a small percentage of their Equifax shares".

If you believe you are eligible for a consumer protection claim, please call or text us at (888) 997-4110 or fill out a contact form for a free legal consultation.