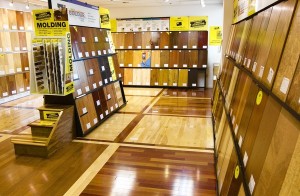 After the "60 Minutes" report that found high levels of cancer-causing formaldehyde in flooring sold by Lumber Liquidators aired at the beginning of the month, Capitol Hill has called on a federal investigation of the matter.

Tests performed on "60 Minutes" found dangerous levels of formaldehyde in the glues used to bind wood particles together in Lumber Liquidators' laminate flooring from China. These levels were well above those permitted by the California Air Resources Board (CARB).

CARB's Stanley Young stated that overexposure to formaldehyde, a known carcinogen, can cause many symptoms and, "if a consumer does feel some of these symptoms, like wheezing, or running eyes, weeping eyes, if they're coughing or if they feel some kind of breathing problem, then it may be related to formaldehyde."

Additionally, Denny Larson of Global Community Monitor is involved in a class-action suit against Lumber Liquidators and has received over a thousand calls from consumers in just three days.