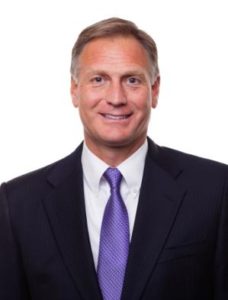 In a news release published this week, the New York State Commission on Judicial Conduct announced his appointment to a four year term set to end on March 31st, 2021.

The Judicial Conduct Commission was formed in 1978 by the New York State Constitution in order to review complaints of misconduct against judges and justices of the state.

John Falk will be replacing Perinton Town Court Justice, Thomas Klonick, to join the panel of 11 members designated to monitor the conduct of judges in New York State.

Along with his partnership at Faraci Lange as a personal injury litigator, John has served as Brighton Town Justice since 2008 and was recently elected for another term.

Learn more about John and his work at Faraci Lange here.