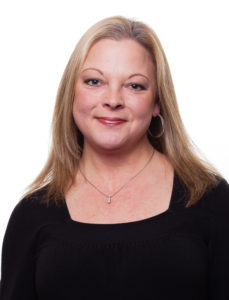 The Daily Record editor Ben Jacobs described the winners of this award stating, "they give back to their community, they go above and beyond to help their clients, and they care deeply about their profession."

A special publication highlighting the winners wrote the following about Teresa and her time at Faraci Lange.

Teresa M. Zukoski celebrated 20 years as alegal assistant with Faraci Lange LLP this past month, but her legal career dates back to the mid-1980s.

When asked why she got into legal work in the first place, she says her interest was born out of a desire to help others. While working as an assistant at the Palmiere Law Firm, she was contacted by a colleague in the field who let her know about an opening for a legal assistant at Faraci Lange. Zukoski was well aware of the firm's reputation--- calling them "well-respected"---so she took a shot, put in a resume and was hired after an interview 20 years ago this May.

Her day-to-day work includes being the assistant to the managing partner and four attorneys at the firm.

There are plenty of stories about her willingness to help both new associates and assistants get up to speed on Faraci Lange office protocol. Associate Kristin A. Merrick talks about how Zukoski went above and beyond to stay in contact with Merrick as she was recovering from surgery and away from the office--- emailing the then-new attorney and making sure she knew how to use the firm's electronic system while keeping up with her caseload.

Another attorney, Lesley E. Niebel, has nothing but praise for Zukoski and her work. "Terrie is by far the hardest worker I've ever met, and without her providing the constant assistance I need, I would not be able to do my job to the level that is expected of me."

Operations manager Katrina Connelly is also effusive in her praise. "Some employees come and punch a clock, but not Terrie. Terrie genuinely cares about her job, about the firm she works at, and most importantly the attorneys she works with."

Faraci Lange was one of the sponsors at the Excellence in Law Awards event that was held yesterday, where Terrie's colleagues were present to support her recognition.