Most Medical Devices on Market Undergo No Clinical Testing 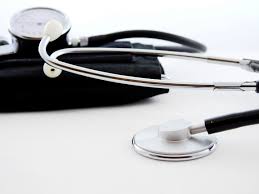 Although these devices have improved and saved the lives of countless people, many have brought upon serious harm. Medical interventions are now the third-leading cause of death in the United States, with defective medical devices being an increasingly significant part of that number.

It is assumed by many that the Food and Drug Administration requires and monitors rigorous testing of medical devices before they are approved and brought to the market, similar to the lengthy approval process it requires for new drugs. In reality, "most high-risk devices on the market, including implants, have undergone no clinical testing at all."

Unlike the clinical trials that a new drug must go through in order to be approved, there is no such standard in place for  many medical devices.

Medical devices were not regulated by the FDA until 1976, at which point the agency "grandfathered" in all devices that were currently in the market under the 510(k) rule. This provision permitted the sale of most new medial devices without any clinical testing as long as the manufacturer established that its product is "substantially equivalent" to an existing device.

Medical device manufacturers can also avoid clinical testing for high risk devices through another loophole known as the supplement pathway. This is when manufacturers convince the FDA that a minor change was made to a previously approved device.

A 2009 study published in The Journal of the American Medical Association found that, "only 5 percent of high-risk implanted cardiac devices even partly met the standard for drug testing."

Such loose regulations have led to the rise of medical device recalls over the years. In 2016, there were 117 Class I device recalls by the FDA, compared to a mere eight recalls in 2003.

The FDA's lax regulations on medical devices, despite the serious danger it brings to the lives of hundreds of thousands of patients, raises doubt about the agency's negligence of its stated mission to protect public health by ensuring safety, efficacy and security.

To contact us about a potential defective medical device claim, call or text us at 888.325.5150 or click here to complete an online intake form for a free consultation.