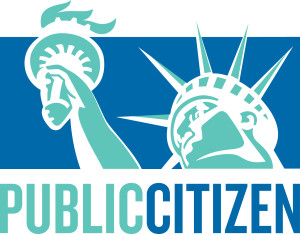 The Public Citizen wrote a letter to the U.S. Food and Drug Administration's Office of Prescription Drug Promotion last week, asking them to stop direct consumer advertisements of several dangerous diabetes medications that are being marketed for weight loss and blood pressure reduction. The FDA has never approved these uses of the drugs, and so they have not been deemed safe or effective for weight loss or blood pressure reduction.

Low blood pressure is a major side effect of Farxiga and Invokana and they are being promoted for this use. The advertisements also target overweight and obese Type 2 diabetics with a weight-loss claim. These advertisements are distorting the risk-benefit analysis made by physicians and patients when deciding to use these medications.

Public Citizen is pushing the FDA to issue warning letters to these manufacturers, requiring them to withdraw these and any other advertisements containing similar off-label promotional statements. They have also called on the FDA to fine the companies involved in the off-label marketing of the five diabetes drugs for unlawfully misleading drug ads.